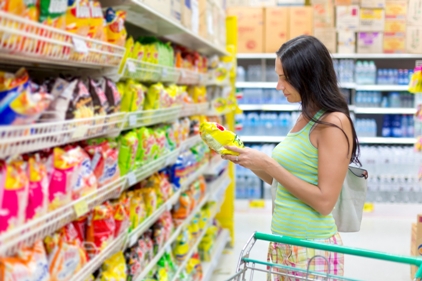 Recently one of the U.S.’s leading grocers, Whole Foods, declared that all products containing GMOs would have to be labeled as such in its stores by 2018.

Meanwhile, Vermont recently passed a law for mandatory non-GMO labeling, and dozens of states with pending legislation have created a potential regulator-driven surge in the market as well.

If navigating the complicated ingredient issues related to GMOs feels too complicated, don’t worry. The Harman Group, a Bellevue, Wash.-based consumer market research company, has released a report that provides an informational primer.

The key question is: how will enhanced transparency around GMOs in food/beverage change purchase behavior at the shelf?

Here’s what the Hartman Group reports about GMOs and consumers:

1.    GMO consumption originates from a small number of crops but disperses into a large percentage of U.S. processed, packaged foods through byproduct ingredient additives. The majority of GMO consumption is via corn, soy, oils (canola, cottonseed) and beet sugar. GMO seeds also exist for other U.S. crops, such as potatoes, squash and tomatoes. Wheat is the largest crop with no GMO seed varietals in use.

2.    Federal regulations require that certified organic products contain no GMO ingredients. This is one reason why some heavy users of certified organic foods consider non-GMO labels to be an important, but not overly necessary, shopping aid. For them, it’s an added purity marker that stands out the most when they shop natural, not organic, products. If this knowledge were to spread, it could transform the non-GMO certification symbol into an add-on purity marker used primarilyfor natural products.

3.    Non-GMO labeling is inconsistent and confusing at the shelf today.Because the federal government does not regulate non-GMO labels, it is essentially a voluntary process with all the unevenness one would expect from such an effort. Non-GMO labels appear on merely natural products and also on certified organic products. They appear on products that contain no ingredients linked to GMO-based agriculture at all (peanut oil, olive oil). The average natural-foods inclined shopper would not be able to decode why any of this is the case just by shopping around. Another source of confusion is that some certified organic products do not carry non-GMO labels and are therefore not “knowable” as non-GMO, except to shoppers with a deeper understanding of USDA organic regulations or the complexities of food production.

4.    Stated GMO avoidance among consumers is growing. The Hartman Group’s 2013 Health and Wellness report found 33 percent of consumers reported that they intentionally avoid genetically modified ingredients (up from 15% in 2007). Given the labeling inconsistency, this is probably a high reading of actual avoidance behavior.

5.    Ignorance is apparently high regarding which products have GMO ingredients.The Hartman Group’s ethnographic research shows that many otherwise concerned consumers have little comprehensive (or accurate) knowledge about which products contain GMO ingredients and which source crops are heavily GMO-based in the U.S. food market. Once the top GMO sources in the American diet are learned, it becomes a little easier to shop non-GMO in certain commodity categories(e.g., soymilk, corn tortillas, etc.) But individual processed food UPCs may use obscure byproducts of corn, soy and cotton unbeknownst to the concerned consumer. People with a deeply ingrained habit of deconstructing ingredient panels are most likely to take the extra step to figure all of this out. The heavily concealed nature of non-GMO ingredient tracings combined with the confusing label situation is a major stumbling block to activating the growing levels of avoidance desire. It also leads us to assume that a substantial percentage of non-GMO certified purchasing is probably done without noticing the non-GMO label.

6.    Narratives about the danger of GMOs focus on the environment and chemical residue: The spread of new purity markers in food culture is not new. But, when they have spread before, they have done so largely on the basis of compelling narratives that create consumer fear and, in turn, reliable avoidance. This continues to work for organic via “the dirty dozen” chemical narrative in produce and the “hormones and early puberty” narrative in dairy. Yet, when The Hartman Group interviewed organic consumers about the threat of GMOs, they could not produce a clear narrative of a health consequence. This is because, in part, no one is out there providing a strong narrative, and because it is not springing up at the heart of the natural foods movement. The narratives to support GMO avoidance are more anti-corporate or environmentalist. These kinds of narratives did not work well for the organic movement in the 1960s and 1970s and they won’t, by themselves, accelerate consumer demand quickly for non-GMOs today either. The only health endangerment narrative we have found in the public sphere is that some GMO crop varietals are sprayed with chemicals that leave residues. This could make GMO certification interesting for non-organic foodsas an added purity marker or a new standard of “minimally processed.”

Amid rapid changes in the non-GMO space there still many key, unanswered questions for the food industry regarding the potential threat of mandatory non-GMO labeling and how non-GMO certification might affect marketing, including:

There’s an opportunity for companies to join the conversation about GMOs, addressing consumers’ confusion about what they are and how they affect health and the environment.

To help companies understand the consumer side of the GMOs vs. non-GMOs issues and how such concerns influence consumer behavior at the shelf and at home, and how labeling might affect the dynamic, The Hartman Group is conducting new research and will publish a special report. For additional information, visit www.hartman-group.com.