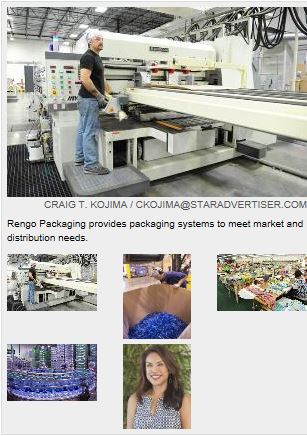 Hawaii is better known for growing tourism rather than mass-producing widgets, but total output from manufacturing was a significant $1.3 billion in 2012 and the Chamber of Commerce Hawaii thinks the industry has the potential to bolster Hawaii’s economy even further.

That’s a big goal considering that manufacturing is hardly big business in Hawaii, where it only comprises about 2 percent of the state’s GDP. Historically, Hawaii’s position as one of the most isolated land masses in the world and its relatively high cost of living and onerous business environment have made it a tough sell to prospective manufacturing firms. However, the chamber is optimistic that Hawaii can successfully grow this sector of its economy, and has brought some of the best minds in the industry together with
lawmakers to do it.

“We wanted to look at how we could diversify our economy so that it wouldn’t be so dependent on tourism, military and construction,” Menor-McNamara said.

The chamber’s Economic Development Innovation Committee, which is chaired by Bernie Coleman of Pacific Allied Products, has grown to 15 members, who are working to spur manufacturing across the isles. One of the key aspects of their plan will be to revive last year’s failed legislative effort to seek a state manufacturing tax credit.

“While manufacturing is vulnerable to the economy, we think it’s a bit more steady. We have nearly 1,000 manufacturers, including small mom and pops, and our goal is to increase that number every year,” Menor-McNamara said. “We think expansion of manufacturing would have a long-term positive impact on our economy. But we need to create a better environment for these companies to flourish and expand so
that we can keep and bring back local talent.”

The U.S. manufacturing sector has added 700,000 jobs since February 2010 and grown at nearly twice the rate of the overall economy. However, manufacturing in Hawaii in 2013 employed only about 13,500 people.

“Hawaii is still a challenging environment to do business. We are constantly ranked at the bottom of states that are pro-business,” Menor-McNamara said. “But cost aside, there’s a lot going on in Hawaii that we should be promoting.”

The largest manufacturers in the state are petroleum and coal products, food products, other transportation equipment and nonmetallic mineral products. However, Hawaii’s hosting of the Asia-Pacific Economic Cooperation meeting in 2011 brought greater awareness of the opportunities to build sustainable manufacturing clustered around other well-known pillars of Hawaii’s economy, including tourism, defense,
environment, conservation agriculture, life sciences and cultural exchange.

Hirono, who recently helped the chamber bring a Taste of Hawaii event to the nation’s capital in July, said she sees value in the unique products that could be manufactured in the state and exported.

“I think there are opportunities in clothing and high tech. Also, agriculture since Hawaii is the only state that grows pineapple, coffee, vanilla and maybe even papaya,” Hirono said. “The Made in Hawaii brand is unique. There’s a magic to it.”

Jimmy Chan, owner of the Hawaiian Chip Co., said he agrees with Hirono, whom he met at a craft fair shortly after he and some friends launched the business out of his college apartment.

“It was raining and pouring, and I think Lt. Gov. Hirono was one of the few people there,” he said. “I was ready to give up, and I remember she bought lots of chips and told me to hang in there and grow this business because it was what our state needs. It’s so great that she’s now a senator.”

The Hawaiian Chip Co., which was founded in 2000, now employs 20 workers who turn a few thousand pounds of sweet potatoes and taro into chips each week. Workers use industrial-strength vegetable peelers to strip the skins and then cut and fry the batches by hand. Because the operation is mostly artisanal, Chan employs more workers on a per-product basis than some of Hawaii’s higher-volume manufacturers.

“Most of the work here is still done by people. Peel, slice, cook and bag — it’s not rocket science,” he said. “But, at every step, we have someone participating so we are creating jobs. And, we work with a variety of local farmers and retailers on a variety of islands.”
Chan agrees with Hirono that there is opportunity for small food companies to grow the state’s manufacturing industry if they are exposed to the right resources and incentives.
“For us success has really been about survival,” he said. “About seven years ago we were facing bankruptcy, but we had good support and we were able to gain our footing.”
The chamber is creating a website that will serve as a database that matches local manufacturers with local and outside businesses that can help them grow.

“If a company in Japan wanted to find a company in Hawaii, they could access that portal,”
Menor-McNamara said. Bringing in Japanese investment worked for Rengo Packaging Inc., which was formed June 1, 2011, when Rengo Co. Ltd. of Osaka, Japan, purchased the assets of Hawaii Box & Packaging Inc. The influx of Rengo capital shored up that small company, which was formed in 2008 following the closure of the Weyerhaeuser box plant, allowing it to grow and expand employment with the opening of a new plant in
Kapolei.

“When we formed Hawaii Box & Packaging, we employed 13, as many of the former Weyerhaeuser plant employees as we could,” said Robert Cundiff, Rengo Packaging’s president. “Our intent was to create jobs for people and take care of customers. Rengo bought into our passion quickly. … Now we’re at 43 employees, and by next week we should be at 50.”

Kidani, who once worked in a pineapple cannery cutting fruit, said she is heartened to see that local manufacturing companies are growing opportunities for Hawaii.

“Rengo is adding about 16 percent more jobs just in the next week,” she said. “It’s good to hear that we have businesses that are doing so well. We need to know how we can help them survive and take care of our people and our local economy.”

Kidani said the Legislature already has created some manufacturing opportunities, particularly in agriculture, by setting aside acreage and looking at upgrading slaughter facilities. She said there is also money in the budget for a biodigester, which would reduce the cost of feed by taking food waste and turning it into fertilizer. Legislators also are discussing workforce housing and work development programs, she said.

Cundiff said Rengo Packaging and other manufacturers also want state lawmakers to support industry growth by offering incentives and tax breaks that will allow them to save money by facilitating more efficient operations.

“It’s no longer just a local economy. We have to be successful to sustain ourselves against competition across the world,” he said.

That’s a message that Jams World lives by every day. The 50-year-old company, which exports 85 percent of what it makes, still manufactures everything in Hawaii. But it would be much cheaper to go overseas, said Brant Ackerman, operations manager for Jams World, which employs about 85 people.

“We don’t have a lot of margins to play with because we have kept everything here,” Ackerman said. Florence Luzano, who has worked in production for Jams World for the past 40 years, said she’s grateful the company has kept its manufacturing in Hawaii and for the recent push to help the industry.

“I love this job. The company is like my second family,” she said. “I hope the lawmakers and the chamber can help Hawaii’s manufacturing industry. That would be great for everyone.”

Manufacturing workforce: 13,500 workers, or 2.2 percent of the workforce