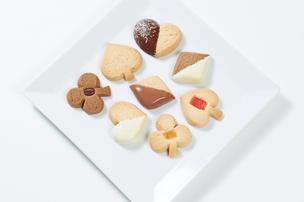 Honolulu Cookie Co. put a Las Vegas touch on its cookies to coincide with the recent opening of its second Mainland location in Las Vegas.

The Honolulu Cookie Co. has opened its second Las Vegas store at the Grand Bazaar Shops on Las Vegas Boulevard.

The 250 square-foot shop has six employees, two of whom transferred from Oahu.

“Right now we’re focusing on ramping up the business of at the Grand Bazaar store and once we figure out, we do have plans to expand in other cities in the U.S. particularly on the West Coast where many of our fans are located,” said Herman Tam, vice president of marketing.

The company opened its first Nevada store last May at the Shoppes at The Palazzo in the Venetian Hotel.

The latest store, located at Las Vegas Blvd. South, #806, makes a total of 16 locations for the cookie company, which also oversees multiple locations in the Islands, and one in Seoul, South Korea.

Tam says that the company is also growing its footprint in South Korea through pop-up pastry displays in high-end department stores.

The company was founded by Keith and Janet Sung in 1998.