D3O, which manufactures a protective putty used to protect oil rig workers and American football players, has its sights set on world domination 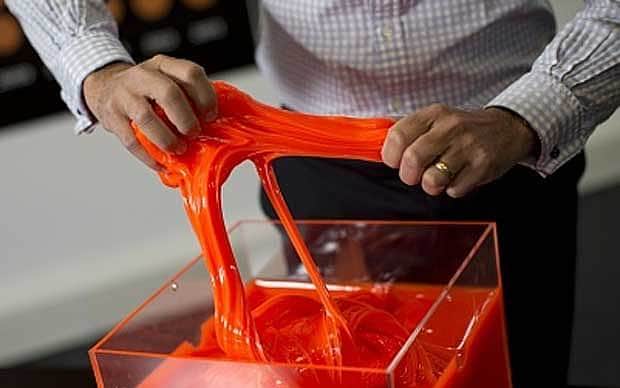 D3O, the makers of a patented soft, flexible material that hardens when hit, has secured £13m in growth capital from private equity house Beringea and venture capital firm Entrepreneurs Fund, an existing investor.

The smart materials firm, based in East Sussex, uses its distinctive orange-coloured putty for protective gadgets and clothing across a range of industries. Hot sectors include: toughened cases for tablets and mobiles, helmets for American footballers and gloves for oil rig workers.

Beringea invested £9m of the total, with Entrepreneurs Fund, which has backed the firm since its first fundraising in 2005, adding £3m. The balance was supplied by other existing investors.

The cash will allow D3O, which launched its first product in 2010, to focus on new applications for the technology. “The options are limitless,” said D3O chief executive Stuart Sawyer. “We’ve spent a long time saying no to customers that wanted us to develop something new because of funding constraints.”

The company recently began working with the US military and defence industries on a suite of protective products. Helmet liners are becoming a mainstay of the business, with its own dedicated team, as D3O liners have been proven to help reduce brain trauma on impact.

The company has 17 products but there is a “strong pipeline of new innovations” in the works, Mr Sawyer said, which will be launched later this year and into 2016. The funding will also pay for an engineering and innovation centre in East Croydon. Expansion will require more staff; the firm currently employs 70.

D3O, which holds a Queen’s Award for international trade, will continue to invest heavily in exporting. Some 90pc of the company’s £10m revenues is generated outside the UK. The US and Asia are important markets for the firm, which will look to extend its reach into new territories such as South America.

The company has increased turnover by 50pc year-on-year for the past two years but growth will now accelerate, Mr Sawyer said. “We’re already in a market-leading position in our target sector and this investment will let us capitalise.”