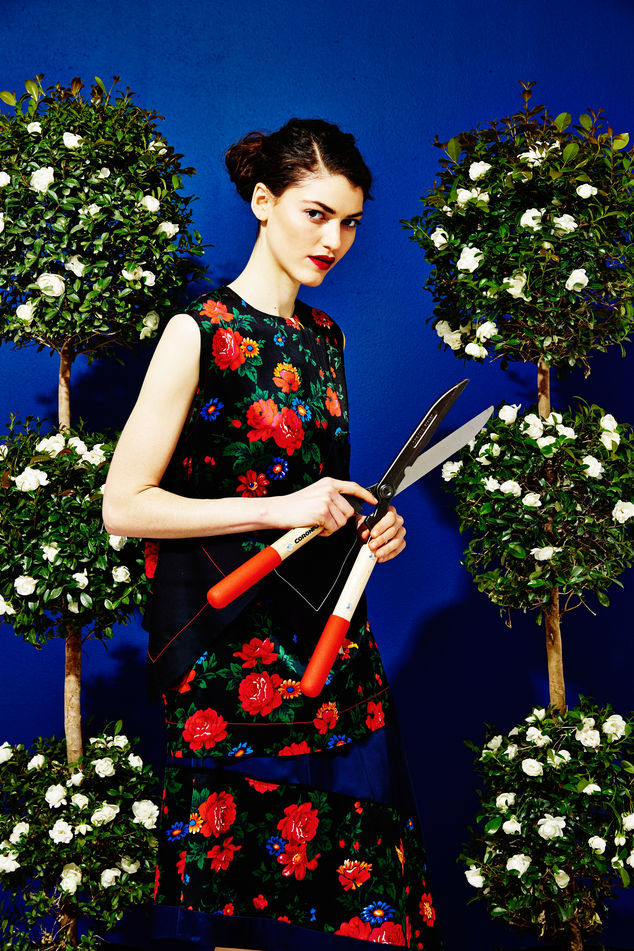 I CALL THEM sad florals,” said Sarah Easley, co-owner of downtown New York boutique Kirna Zabête. She was talking about the spliced, diced and deconstructed bloom patterns that run wild across the spring collections. “But they make me much happier,” she added, “than overly cheerful prints.”

Designers like Phoebe Philo at Céline, Consuelo Castiglioni at Marni and Max Osterweis and Erin Beatty at Suno have turned the notion of a sweet spring garden print on its head this season by rendering dresses, skirts, tops and coats in floral patterns that are chopped up, recombined and often darker in color. These are clothes made to woo women who steer clear of traditional botanical looks.

Stylist Vanessa Traina-Snow, whose understated uniform consists of minimalist Céline sweaters and streamlined Altuzarra skirts or vintage Levi’s 501s, found herself drawn toward the oversize red and bright blue blooms on spring dresses at Céline. “I like to surprise myself sometimes,” Ms. Traina-Snow said. It helped that the blooms came on a dark background and were intercut with panels of navy and black fabric.

“The are not Laura Ashley. They feel more intellectual and less girly,” said jewelry and interiors designerSophie Buhai who so eschews traditional feminine codes that she wore an almost monastic top and skirt by the Row for her wedding last summer. “I think it’s cool to mix these spontaneous-looking florals into a very subdued wardrobe.”

For their spring show, Suno’s Ms. Beatty and Mr. Osterweis undercut the softness of a dusty pink petal print by piecing it with a stark black-and-white grid motif. “I just think a sense of contrast makes clothing more interesting and feel a little more complicated,” said Ms. Beatty.