In a proposal that would significantly reduce costs of necessities for Hawaii households, a state senator is pushing to exempt diapers, food and medicine from Hawaii’s general excise tax.

The proposal by Sen. Glenn Wakai would reduce the cost of groceries at the cash register by 4% statewide and 4.5% on Oahu. 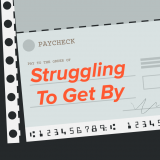 Wakai, who is chair of the Senate Energy, Economic Development and Tourism Committee, added the provision to a bill that came before the committee on Friday. The committee voted unanimously in favor of the exemption. The original House bill called for a general excise tax exemption only on diapers.

“If we’re really going to have an impact on people who are struggling,” he said in an interview, “let’s look at food and medicine.”

Wakai noted the committee had received testimony calling for the broader tax exemption from a range of organizations, including the Chamber of Commerce Hawaii, the Hawaii Restaurant Association, Hawaii Food Industry Association, the retail Merchants of Hawaii and the Hawaii Children’s Action Network. The organizations that appeared at the hearing stood on their written testimony.

“Food and medicine are the most important and basic life necessities in this world, and still some struggle to provide those items for their families,” the Chamber of Commerce said in its written testimony. “We believe including food and medicine into the general excise tax exemption would further help families in need.”

The state GE tax rate is 4%, although counties can add additional charges. Oahu, for instance, has tacked on another 0.5% to pay for the rail project.

Similar to a value-added tax, Hawaii’s general excise tax is essentially a sales tax on steroids, applying to all business transactions, including not just the sale of goods but also services, freelance gigs, rent payments – just about anything where money changes hands.

The state tax is lower, 0.5%, for activities like wholesaling, which mitigates the compounding effect of the tax as products move through the supply chain from wholesalers to the consumer. Still, the tax, which applies to almost everything, helps make Hawaii’s overall tax structure especially burdensome for people at the bottom of the economic ladder.

Because the tax applies to necessities, including food, this means lower income people spend a disproportionate percentage of their income on taxes. In fact, a 2018 national study by the non-partisan Institute on Taxation & Economic Policyreported Hawaii ranked second in the nation when it came to taxing the poor. It found people in the lowest income tier paid an effective tax rate of 15%.

Meanwhile, the Legislature has carved out numerous exceptions for special interests. Business groups like chambers of commerce don’t have to pay GE tax. Neither do insurance companies, ship repair firms and companies doing aircraft service and maintenance. One exemption, for solid waste disposal facilities that generate electricity built before 1988, seems tailored for Oahu’s H-Power.

Wakai noted that Gov. David Ige had proposed providing $100 to every taxpayer as a way to give a state tax surplus back to residents. The senator argued exempting food and medicine from the excise tax would do more to help people.

“There’s a lot of exemptions for business but not a lot for the general public,” Wakai said.

“Hawaii’s Changing Economy” is supported by a grant from the Hawaii Community Foundation as part of its CHANGE Framework project.