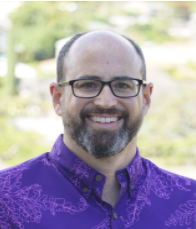 Previously, Avi served as Vice President of Marketing from 2011 to 2014, and Vice President of Revenue Management and Schedule Planning from 2008 to 2011. He joined Hawaiian Airlines in July 2007 as Senior Director of Transformation. Prior to Hawaiian Airlines, he worked at The Boston Consulting Group in New York City and Paris, France, and at Christie’s Auction House in New York City.

Avi is a graduate of Brown University, earning a BA with honors in Old World Archaeology and Art. He went on to earn his MBA from the University of Pennsylvania’s Wharton School of Business. He currently serves on the boards of Straub Hospital, the Blood Bank of Hawaii, the Honolulu Museum of Art and the Hawaii Visitor and Convention Bureau, and was a member of the 2008 Pacific Century Fellows class.