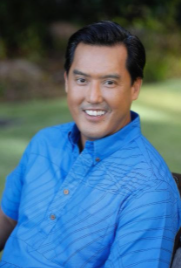 Bryan Luke is the president and chief executive officer of Hawaii National Bank. He has more than two decades of experience in finance, previously serving as the bank’s chief operating officer and in roles at Standard & Poor’s and PricewaterhouseCoopers. Bryan serves on various local and national banking industry committees and boards, and is also involved in community boards such as the Hawaii Community Reinvestment Corporation; the Pacific and Asian Affairs Council; the Rehabilitation Hospital of the Pacific; and the Chamber of Commerce of Hawaii. He is chairing the Entrepreneurship Committee for the Chamber of Commerce Hawaii’s new 4Hawaii Campaign, which is working to strengthen Hawaii by focusing on the economy, environment, education and entrepreneurship.

Luke holds a bachelor’s degree from Amherst College in Massachusetts and an MBA from Harvard University’s Graduate School of Business.