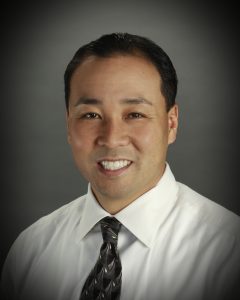 Malcolm Inamine is Executive Vice President/Chief Administrative Officer for Hawaiiana Group Incorporated, parent company for Hawaiiana Management Company. Hawaiiana is the largest local property management company in the state. Malcolm has many dedicated years of Human Resource and community leadership experience. Malcolm graduated from Kaiser High School in East Honolulu, and received his undergraduate in Management/Human Resources along with a Certificate in Ethnic Studies and an Executive MBA from the Shidler College of Business, University of Hawaii at Manoa.

He has been involved with the Society of Human Resource Management – National and the Hawaii Chapter in many different capacities, along with the  UH Shidler College of Business MHRM Advisory and Hawaii Compensation Group program committees, and UHA’s Wellness Leaders Roundtable.  He serves on the board for the Honolulu Police Community Foundation, Aloha Medical Mission, Friends of Iolani Palace and a dedicated supporter of many other community service projects and endeavors.

Malcolm has also taught at Hawaii Pacific University, in the graduate program for the University of Phoenix and is a former adjunct faculty for Leeward Community College Business Technology Division. He also was an instructor for the Financial Education Alliance of Hawaii. Malcolm has in experience in many different industries including national and local retail, non-profit, automotive, financial (Credit Union), and education.

Malcolm is the founder/owner of a Professional Resume and HR Consulting Company called Way to Learn. He has helped coach AYSO Soccer and PAL Volleyball teams, and was an Assistant Coach in I-9 Flag Football, Aiea Little League baseball and KAC basketball for his children. Malcolm stays active by playing in volleyball leagues throughout the year and volunteering/supporting in many community interests.