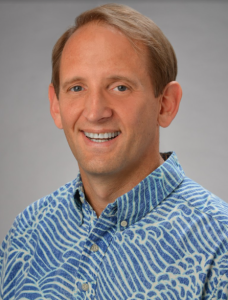 Tim currently serves as the President of Connext Global Solutions and as a board member for several private companies. Previously, he worked as the President of Hawaii’s largest dental group and Honua Technologies, a waste treatment and renewable energy developer. He has over 20 years of progressive experience in general management, primarily in the health care field, including as  Vice President and Officer at Hawaii Pacific Health. In that role, Tim managed all of the outpatient clinics at Straub Clinic & Hospital, successfully leading a major reorganization and multimillion dollar turnaround. Tim also has experience in broad general management and marketing roles in Silicon Valley technology firms. Tim began his career as an officer in the US Army, first as a medical platoon leader in a light infantry battalion then transitioning to military health administration.

Tim graduated from the United States Military Academy at West Point, NY where he studied economics and mechanical engineering. He earned the Distinguished Cadet award during each of his four years there. He then earned a Masters in Business Administration from the Harvard Business School, also earning academic honors. During his military service, Tim earned the Expert Field Medical Badge, various military awards and is a graduate of the US Army’s Ranger School.

Tim is fortunate to be married to his wife of 23 years, Katey. They live in Honolulu, Hawaii and have two children, Josie and Duke.