The Chamber team is here to help you. Call a member of our team at the number listed below or click on the link to send an email. 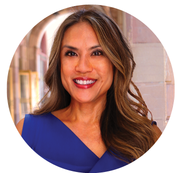 Sherry Menor-McNamara was appointed President and Chief Executive Officer of the Chamber of Commerce Hawaii on September 1, 2013; becoming the youngest and first female President and CEO of the Chamber in the organization’s 170-year history, as well as the first Asian to serve as CEO of a State Chamber. She previously served as the organization’s Chief Operating Officer and Senior Vice President of Government Affairs. She joined the Chamber as Director of Business Advocacy in 2006 and was promoted to Vice President of Business Advocacy and Government Affairs in 2007. Under her leadership, the Chamber was recognized as the 2018 State Chamber of the Year, a national award presented by the Association of Chamber of Commerce Executives.

Prior to joining the Chamber, she was events manager for ESPN Sheraton Hawaii Bowl. She has lived in several major cities, including Tokyo, New York, Washington D.C., Los Angeles and London, working for a wide variety of companies, such as Sony Corporation, Sony Pictures Entertainment, Estee Lauder Company, Elton John Production, as well as for the Hawaii State Legislature, U.S. Senator Daniel Akaka and the Executive Office of the United States President.

She currently serves on numerous boards including the Hawaii Tourism Authority, JAIMS Foundation, and Move Oahu Forward. Nationally, she serves the board for the U.S. Chamber, Council of State Chambers, Association of Chamber of Commerce Executives, including its Executive Committee, and the U.S. Chamber Committee of 100.

Born in Tokyo, Japan and raised in Hilo, where she graduated from Waiakea High School, Sherry is married to John McNamara. She is a certified yoga teacher and enjoys golfing, traveling and spending time with her husband and dog, Kuma-chan. 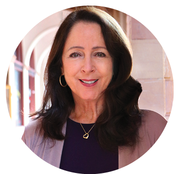 Licia Hill manages the Chamber’s overall operations and several of the organization’s program initiatives, and  is responsible for communication and administrative duties with the Chamber’s board of directors. She also serves as Public Health Fund administrator. She brings more than 20 years of executive support and development experience to the Chamber.

She previously served as executive assistant with the Hawaii Community Foundation providing support in board and client relations, annual budget planning, meeting and event logistics, and communications. Licia has also worked at Castle Medical Center and Hawaii Pacific Health in executive administrative positions.

In her spare time she enjoys cooking, yoga and spending time with family and friends.  She also volunteers for several community nonprofits. 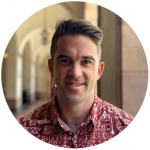 As Director of Membership Services, Tyler Hunt is responsible for new membership sales and retention, and for developing strategic initiatives and partnerships to meet membership growth and revenue objectives.

Tyler has has held business development and marketing positions in the HR outsourcing, healthcare and tourism industries in Hawaii, and is committed to helping the local business community thrive.

In his spare time, Tyler enjoys sailing and surfing. 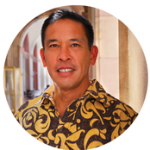 As Vice President for Military Affairs, Jason Chung’s role is to be an effective advocate to promote, preserve and protect military missions and installations in Hawaii and be the bridge that links the military to the local community, businesses and government.

He recently retired after 36 years of service in the U.S. Army.  He started his military career here in Hawaii, serving in both the Hawaii Army National Guard and Army Reserves.  After graduating from the University of Hawaii, he served in multiple units, the 25th Infantry Division, 1/509th Parachute Infantry, 82nd Airborne Division, 2ID, Joint Special Operation Command, United States Forces Korea, an U.S. Army Pacific Command, and has tours with the Central Intelligence Agency and the Director of National Intelligence.

Jason earned an executive certificate in data science from John Hopkins.  He holds a BA from the University of Hawaii and MBA from Baker University. 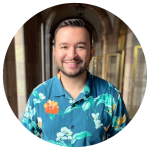 As Associate Vice President of Business Advocacy & Development, Trevor is responsible for advocating for business-friendly public policy on behalf of the Chamber. Trevor works with all levels of government on policy implementation and development, including the Governor and Lieutenant Governor’s office, Hawaii State Legislature, City Councils and our federal Congressional Delegation. In addition to leading business advocacy, Trevor manages and executes non-legislative initiatives such as business development.

Trevor has a decade of experience as a government relations professional with expertise in policy, advocacy and legislative affairs. His professional experience includes roles as a policy advisor and director of operations in a Governor’s office, as well as Vice President of Business Development for a state economic development organization.

Trevor graduated from Arizona State University with a degree in political science. 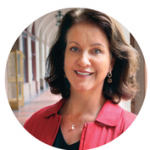 As Vice President of Education & Workforce Development and Executive Director of Sector Partnerships, Keala Peters is responsible for the Chamber’s education-related strategic initiatives that help bridge business with education in support of a strong talent pipeline for Hawaii.

Keala has extensive experience as a community builder, collaborator and communications executive in both the private and non-profit sectors on the mainland and here at home in Hawaii. She brings her experience at Nike, Inc., Microsoft, Hawaii Pacific Health and The Queen’s Health Systems to the Chamber of Commerce Hawaii.

As a Native Hawaiian woman born and raised in Honolulu, Keala is a strong advocate for Hawaii families and believes that everyone should have access to a high quality education and that education is the foundation for success. She is actively involved in supporting the HEC CHANGE initiative’s higher education sector and serves on the boards of the Institute for Human Services and the YWCA of Oahu. 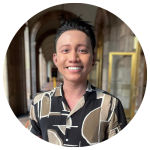 As the Director of Work-Based Learning, Lord Ryan Lizardo is responsible for connecting schools and businesses together for seamless workforce development opportunities for Hawaii’s youth. As intermediary, Lord Ryan creates access to partnerships, resources, internship opportunities and virtual/in-person connections to develop a pipeline from middle school to high school to post-secondary in order to nurture Hawaii’s future workforce.
Lord Ryan grew up in Ewa Beach and earned his undergraduate degree in integrated educational studies at Chapman University and master’s degree in secondary education at Johns Hopkins University. He brings over six years of experience in the classroom teaching psychology and sociology at his alma mater, James Campbell High School. During that time, he served as the academy of public and human services lead developing the identity and development of the culinary, education, and travel/tourism pathways and advised the Class of 2020 and Rainbow Sabers club. He also has four years of experience working with Teach for America coaching teachers in diversity, equity and inclusion and culturally relevant pedagogy. As a deep believer in equity and social justice in education to dismantle systemic oppression, Lord Ryan hopes to bring his wealth of knowledge to advocate for Hawaii’s youth.
In his free time, he spends quality time with friends and family. 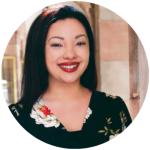 As the Program Manager of Hawaii is Hiring, Katie is responsible for seeking innovative, new ways to engage Chamber members, Hawaii’s broader employer community, public sector leaders and job seekers with the multi-channel tool designed to connect Hawaii residents to employment, training and education opportunities. She also works closely with the Chamber’s Sector Partnership and other work-based learning efforts.

Prior to joining the Chamber, Katie worked with the YMCA of Honolulu and the UH System. Especially passionate about criminal justice and prison reform issues, Katie completed internships with the Honolulu City Council and the Oahu Office of the Public Defender, where she saw firsthand the socioeconomic inequities faced by minority and underrepresented individuals in Hawaii. She firmly believes that access to quality education is a necessary part of the foundational structure in achieving both personal and professional excellence.

Her experience also includes serving on the Board of Managers for the Atherton YMCA and the Board of Directors for the Honolulu FBI Citizens Academy Alumni Association. A member of the Chamber’s Young Professionals group, Katie sits on the communications committee and also serves as a member of the advocacy committee for YWCA Oahu. She holds a BA in justice administration from UH West Oahu and is currently pursuing graduate studies. 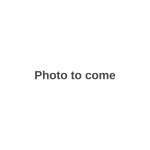 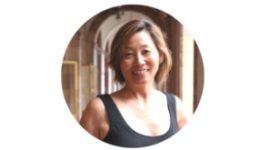 Lori Abe is responsible for managing the Chamber’s communication and marketing strategies, events and membership programs, and for engaging stakeholders.

She previously served in a variety of capacities for the Chamber in communications and operations. Her 30-year career in communications has included senior marketing and communication positions in Hawaii including with the Anthology Marketing Group, Hawaii Community Foundation and University of Hawaii Foundation, as well as on the mainland, including serving as PR director for Aquent, a Boston-headquartered consulting company, and PR manager for Tupperware Worldwide at its Orlando, FL headquarters.

Lori serves on the board of After-School All-Stars Hawaii and the Kukui Children’s Foundation and is a proud Honolulu Marathon finisher. 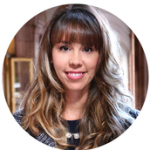 Tricia Fetui is the Associate Vice President of Events & Programs at the Chamber, and Executive Director of the Young Professionals Program. In her role, Fetui oversees the Chamber of Commerce Hawaii’s events and programs, along with the YP Program. She previously worked at the Aloha Council Boy Scouts Hawaii, Guam and America Samoa, March of Dimes Hawaii, The Queen’s Health Systems, The Madden Corporation and Central Pacific Bank.

Fetui received her BS in Business Administration and Management from Hope International University in Fullerton, CA, where she played women’s collegiate volleyball.